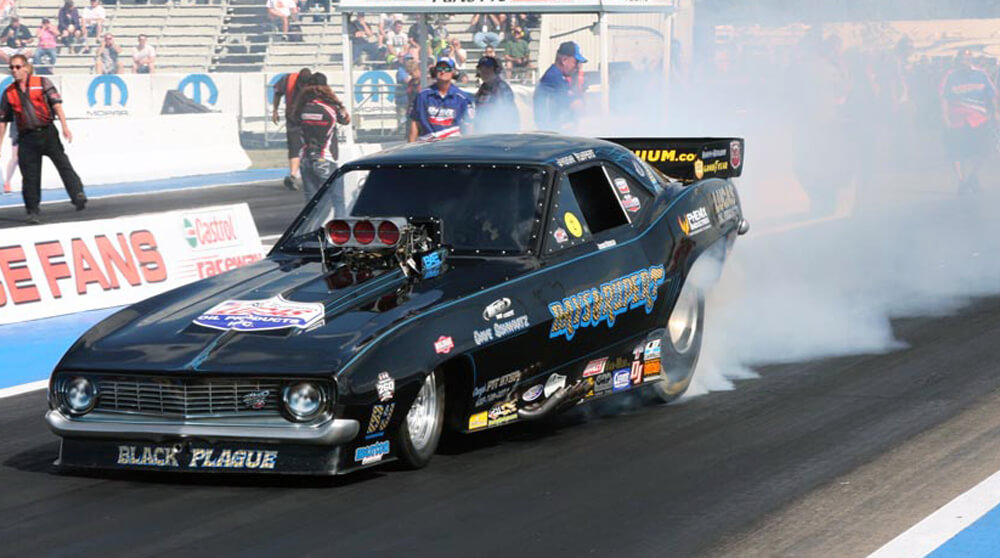 AUGUST 8, 2015 (Martin, Michigan) The fans in the stands hung on every pass after Jason Rupert beat the ET and mph record during Friday night qualifying. All eyes were on every pass the remainder of the weekend to see if he could back up his astounding 5.551 ET which is over 1/10th of a second under the current record. As the weekend closed, Mike McIntire remained ET and mph record holder as Rupert could not back up his record by the mandatory 1% within the same event.

Rupert attempted to back it up three times Saturday. Unfortunately the Yorba Linda, California driver was unable to do so but he did pick up a second Ironman for the weekend and scored his fourth IHRA Nitro Funny Car victory in as many races. Rupert defeated Paul Romine in the final of the US 131 Motorsports Park event with a 5.939 run at 241.68 with a .104 reaction while Romine, from Fishers, Indiana, left at .104 and made a 8.196 pass at 108.28 mph.